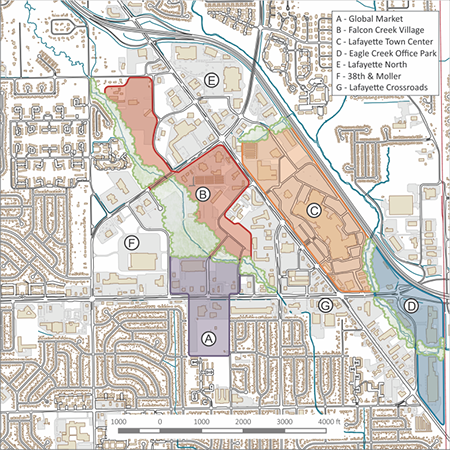 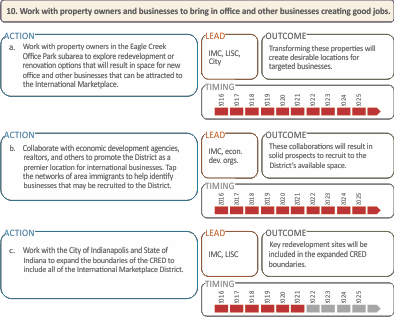 Language and culture are unique assets that will transform a former commercial shopping district into Indiana’s gateway to the world.

The International Marketplace contains over 5.5 million square feet of commercial space developed in the 1960’s and 70’s, and anchored by the 1.2 million square foot Lafayette Square Mall. This area was largely abandoned as chains failed and development patterns shifted, reaching a vacancy rate as high as 60 percent. Low rents then attracted an incredibly diverse concentration of quality ethnic retail, dining, and other businesses.

LISC, the City of Indianapolis, and the International Marketplace Coalition brought in Place Dynamics to prepare a multi-dimensional strategy guiding the district’s transformation. This plan envisions a mixed-use district with retail, dining, entertainment, housing, and employment. It recognizes ethnic and cultural diversity - along with language skills, business ties, and market knowledge - as the area’s greatest asset.

The district will be positioned to attract foreign companies establishing a US or Indiana presence, as well as US companies wanting to reach foreign markets. Businesses will draw on the local population to provide interpretation and facilitate international transactions. Local ethnic communities will welcome foreign workers. Partnering with higher education, a proposed cultural center will also serve as a world-class business center, providing foreign language and cultural education oriented to businesses  engaged in trade.

The plan, which was completed in 2015 and is being implemented, lays out a detailed strategy in four elements: 1) essential outcomes, 2) catalytic initiatives, 3) transformative investments, and 4) supportive programs. Each of these is broken out into action steps identifying the lead organization, implementation timeline, and desired outcomes.