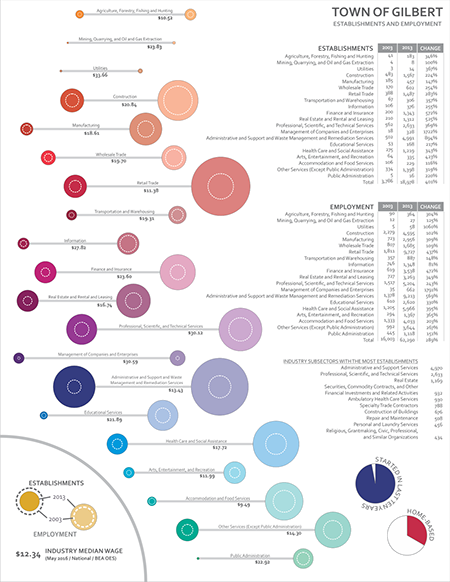 Gilbert is a remarkable community, having growth from a few thousand residents in 1970 to become one of the 100 largest municipalities in the United States. To develop an entrepreneurial strategy for the Town, we first documented the impact of business starts:

Gilbert might be described as an immature economy. As a relatively young and rapidly growing place, it does not have many long-established companies that have had time to grow. This is reflected in patterns of employment in the region. At the same time, a growing population and lack of entrenched competition present opportunities for entrepreneurs.

A survey of established businesses, recent startups, and potential entrepreneurs helped to assess impediments to entrepreneurship and needs that might be addressed by the Town's economic development staff.

IN THE PHOENIX MARKET